We have been dancing together for years, all students at UFDC have a special bond and are all like a second family to one another.

UFDC have been very successful within the UK and out!

Whilst out there, Ryan also managed to get himself a scholarship to move out to LA and study dance at a professional dance school in. We are all helping to support him on this journey. 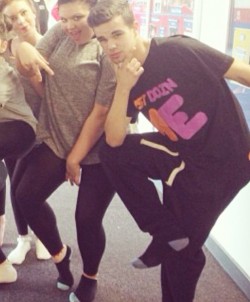