Thomas Gessey-Jones, a student from Landau Forte Academy Tamworth Sixth Form, is about to begin his studies at the University of Cambridge and has been awarded a bursary of £3,000 per year by OCR. 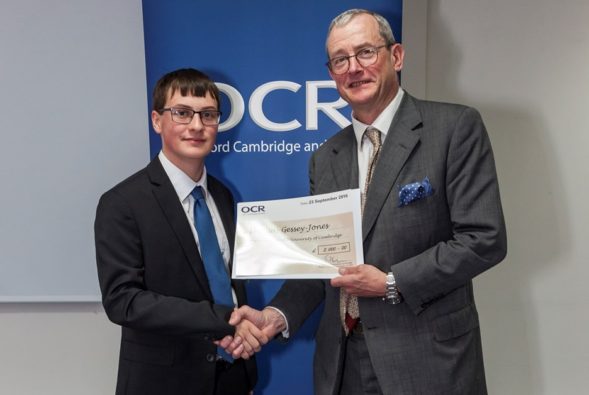 Thomas, who studied A Levels at Tamworth Sixth Form, received the bursary during a ceremony at OCR’s Coventry offices on Friday 23 September. He will receive £3,000 for each year of his undergraduate studies, which can be used for living or tuition costs, or a combination of both.

Director of Sixth Form, Greg Williams, added, “I am delighted that Thomas was successful in gaining a place at Cambridge University, and thrilled that some of the financial challenges which come with this opportunity have been alleviated.”